As you know yesterday (17/08/17) our beautiful city suffered a horrible and coward terrorist attack, and there was another one nearby, in Cambrils. We are deeply shocked, touched and sad. All our thoughts are with the victims, their families and friends.

Our team may enjoy fictional violence in games or movies, but we can’t stand real life violence at all. We’re really sensitive, barbaric injustice really hurts us. Not just here, in our home city, but all around the world. 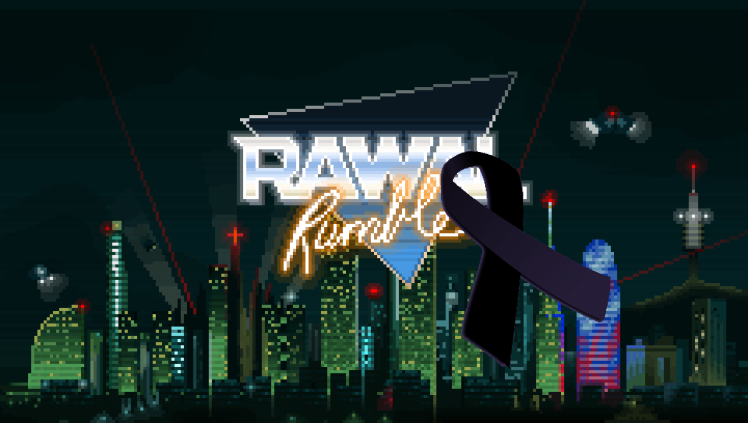 We are especially concerned with this case because it’s the part of Barcelona where our team has been having fun working and hanging out for many years. We love it so much that many years ago we decided to make in our free time a videogame set mostly there, and to name after it.

Due to the events, we considered cancelling the project, but we won’t do it. We won’t allow them to affect the passion and love we put in this humble game and to affect our lives. Now makes even more sense to honor this part of Barcelona by including it in a videogame.

In fact, the project may have saved one of us: one our team members had planned to go to a shop located next to Las Ramblas at the hour the events took place, but decided to stay at home for a bit longer composing music for the game.

But we’ll change a few things in the game due to the terrorist attack: we’ll remove the Las Ramblas stage we had planned for the game to honor and respect the victims, and we’ll change the influence Mossos d’Esquadra had in our game.

Mossos d’Esquadra is our regional police in the real world, critizied in the past for different issues that partly inspired the fictional, too violent cyber police that appears in our game.

But yesterday, Mossos acted as true heroes saving many lives not only by neutralizing or detaining terrorists, but also by doing an amazing work informing through social media in real time.

So we’ll add a homage to Mossos in the backstory of Kashy, the main hero of our game: Now, like Axel Stone from Streets of Rage, he will be an ex-cop despite being so young. In our case, an ex-Mosso d’Esquadra.

We’ll also reduce the visual references we were using from Mossos for the bad guys from this cyber police (other bad guys to be included were gang bands, corrupt politicians or bankers and a secret elite sect), while also making sure that in the game the evil policemen are an isolated case, as happens in similar games as Final Fight. In our case, partly product of the postapocalyptic chaos of our game’s cyberpunk universe.

To end this post we want to comment another positive thing we saw yesterday: the generosity, unity and solidarity of Barcelona’s people. In hours people donated enough blood to saturate blood donation banks, cabs were working for free, people brought food and drinks to people stuck in traffic jams due to strict traffic controls, people were offering shelter at their home and hotels were free for people who couldn’t go back to their hotels and homes near Las Ramblas… let’s hope this humanity helps us to go back to our normal lives soon.